All Departments · Tourism Histories in Ulster and Scotland: Connections and Comparisons 1800–1939 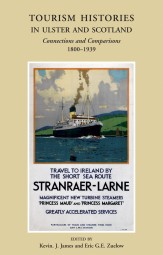