All Departments · The Domestic Linen Industry in Ulster 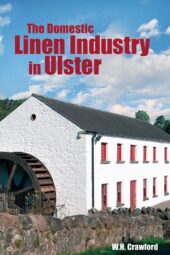 First published in 2005 as The Impact of the Domestic Linen Industry in Ulster.