Read While You Wait · Busmen in the firing line: Eugene O'Callaghan (Read while you wait) 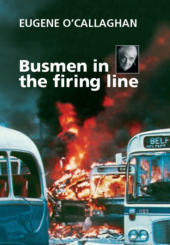