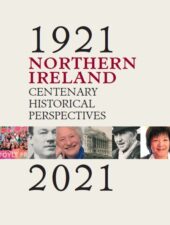 2021 marked the centenary of the partition of the island of Ireland and the foundation of Northern Ireland. As part of the commemorations of these significant events, Caoimhe Nic Dháibhéid, Marie Coleman and Paul Bew bring together twenty-two scholars to examine the diverse and sometimes challenging contours of Northern Irish history over the last 100 years.

In this book we see a portrait of a changing Northern Ireland, from the violent upheavals which characterised its birth, the uneasy political stability of the interwar years, the challenges of post-war economic, social and political change, the great turmoil and trauma of the Troubles, and the peace process era and beyond.

Political, social, economic and cultural history all feature, conveying the richness and diversity of the present scholarship on the history of Northern Ireland.

CAOIMHE NIC DHÁIBHÉID is senior lecturer in modern history at the University of Sheffield and a member of the Northern Ireland Centenary Historical Advisory Panel. She is the author of two books, Terrorist histories: individuals and political violence since the 19th century (2016) and Seán MacBride: a republican life, 1904–46 (2011). She is currently working on the history of emotions during the Irish revolutionary period.

PAUL BEW is emeritus professor of politics at Queen’s University Belfast and an independent cross-bench peer in the House of Lords. He chairs the Northern Ireland Centenary Historical Advisory Panel. His recent publications include Churchill and Ireland (2016) and Ireland: the politics of enmity, 1789–2006 (2007). He has written biographies of John Redmond, Seán Lemass and Charles Stewart Parnell.

The Catholic Community in the Seventeenth and Eighteenth Centuries£11.99