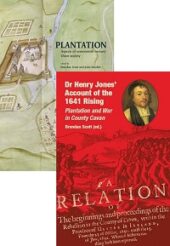 Dr Henry Jones’ Account of the 1641 Rising: Plantation and War in County Cavan