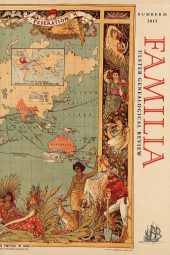 The Royal Irish Fusiliers had been raised as the 87th Foot in 1793. A second battalion, raised in 1804, fought in the Peninsular War, 1809–14, and was disbanded in 1817. In 1811 the regiment was granted the additional title ‘The Prince of Wales’s Own Irish Regiment’; in 1827 it became the 87th Royal Irish Fusiliers, and in 1882 the Royal Irish Fusiliers (87th and 89th).2 In December 1810, the 1st battalion had been part of the British force that seized Mauritius – then the French colony and naval base of Isle de France – where it remained in garrison until 1815.
The regiment was stationed again on the island from 1831 to 1843, alternating between the capital, Port Louis, and
the much healthier town of Mahébourg on the southeastern coast

Sorry, we have no information on SEÁN DONNELLY.