All Departments · eBooks · The Book of Ulster Surnames (eBook) 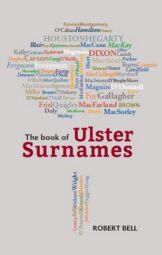