All Departments · eBooks · Presbyterians and the Irish Language (eBook) 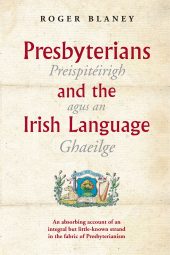