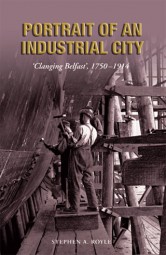 Scotch-Irish Merchants in Colonial America: The Flaxseed Trade and Emigration from Ireland, 1718-1755 (eBook)£11.99