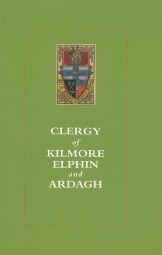 This book is the fruit of Canon J.B. Leslie's research on the Clerical Succession Lists of Kilmore, Elphin and Ardagh from earliest times. It has been transcribed from his unpublished manuscripts in the Representative Church Body Library in Dublin and updated to include all clergy since the 1930s.

This volume should prove to be of immense value to local and family historians alike, as well as being an indispensible research tool for the study of Irish ecclesiastical history.