All Departments · Clergy Succession Lists · Clergy of Dublin and Glendalough 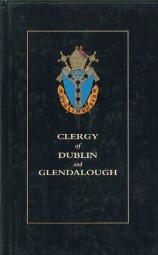 The Dioceses of Dublin and Glendalough have been united since 1216 and, unusually, contained two diocesan cathedrals: Christchurch and St Patrick's (until the disestablishment of the Church of Ireland in 1870). This volume lists the cathedral and parish clergy of the United Dioceses from the Middle Ages to the present, with biographies where possible.

The Clergy of Dublin and Glendalough is based on the work of Canon James Blennerhassett Leslie, rector of Kilsaran, Co. Louth from 1899-1951 and Chancellor of the Diocese of Armagh from 1934-1943. He published succession lists for several dioceses and left other lists in manuscript in the Library of the Representative Church Body. Three of those manuscripts form the foundation of this volume: Clergy of Dublin, Clergy of Glendalough and Fasti of Christ Church Cathedral. These are supplemented with lists for St Patricks Cathedral from H J Lawlor's Fasti of that Cathedral, published in 1930.

The lists have been brought up-to-date to 2001. Over 4,000 names of clergy have been recorded. Brief historical notes on the parishes and churches in the dioceses are included. The present work is the fourth in the series of modern revisions of Canon Leslie's work to be published and is part fo the United Diocese' celebration of the Millennium. The work of revising and updating it for publication was carried out by W J R Wallace who retired as Senior History master in The High School, Dublin in 1996.

Bishops and Archbishops of Dublin

Biographies of the Clergy