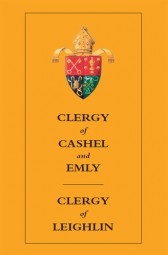 Clergy of Cashel, Emly and Leighlin is the fruit of Archdeacon St. J. D. Seymour's research on Clerical Succession Lists of Cashel and Emly which he published in 1908, and of Canon J.B. Leslie's Succession Lists of Leighlin which he produced, though did not publish in 1939. It has been transcribed from their original work and updated to include all clergy of those Dioceses since their time.

The book contains details of 2,750 clergy with genealogical notes, photographs of the churches and brief historical notes on the dioceses and parishes.

A Brief History of the Dioceses of Cashel, Emly and Leighlin