All Departments · The Strabane Barony during the Ulster Plantation, 1607-41 (eBook) 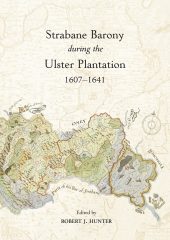