All Departments · The Londonderry Plantation 1609-41: The city of London and the Plantation in Ulster 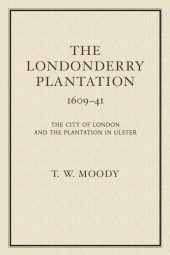