All Departments · Place names in Ulster 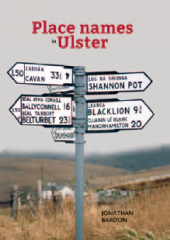