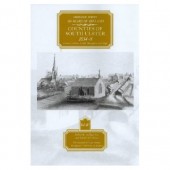 After just under 10 years the Ordnance Survey Memoir team has completed this major 40 volume series with the fascinating volume on the five counties in and along the southern reaches of the Province of Ulster, a large area stretching from Sligo and Leitrim in the west and as far as Louth in the east, with Cavan and Monaghan, particularly the latter, have the best coverage. Prominent themes are the importance of the linen industry and agricultural as seen through the many livestock fairs. Ancient remains, wildlife and the landscape are well documented as well as the way of life of the people.

A former fellow of the Institute of Irish Studies, Queen's University, Belfast, Day was joint-editor, with Patrick McWilliams, of the series The Ordnance Survey Memoirs of Ireland.