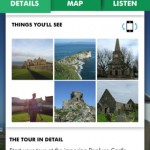 In late 2011, Digital Circle and Momentum, working with the Department of Culture, Arts and Leisure, launched a cultural apps competition for the creation of two apps: one for the Ulster Historical Foundation and the second for the GAA and Comhaltas. After months of development, we are holding a reception in The Metropolitan Arts Centre (MAC) to welcome the release of the apps. 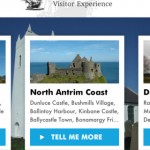 The Foundation produced content for over 200 locations in Ulster, each of which reveals something of the strong historic and cultural links that unite Scotland and Ulster. The sites range from castles and churches to monuments and museums, and chronologically cover the last 500 years. Some of the sites are spectacularly situated, with stunning views of the surrounding countryside or coastline. Others are in less familiar locations, but still with great Ulster-Scots stories. The information compiled includes a brief description of each site highlighting the Scottish story, GPS co-ordinates to aid finding it, and surnames associated with the site to highlight the human interest story.